Poets have always responded to war by writing poetry — it’s what we do. Following the invasion of Ukraine by Russia on 24th February this year people started sending The Friday Poem their poems about the war — poems about resistance, poems of protest, and poems about specific individuals affected by the fighting. These are stories of courage, grief and hope. We decided to publish some every week as Friday Poems for Ukraine. Here’s ‘If symptoms persist’ by Mark Fiddes. Slava Ukraini!

Try this twice a day before TV news
until any waves of nausea pass.
Imagine the dictator in question
lying in state next to Death,
silk ruched like skin around them,
full medals and a braided collar.
Or he is clean-shaven in a red tie.
Nails and moustache are trimmed.
The face has that mortician’s shine
you recall from press conferences,
tiny lines of victory around the eyes,
the sombre hollows under cheek
and the lacquered hair, still lying.

You never noticed the ears before,
their softness so intricately carved
that finally he could be listening
to the long, low howl of the nation
entering the body as a final breath
swelling while all the flesh is eaten,
then whistling through the bones
until every atrocity becomes a song
for patriots and rocking cradles.
If symptoms persist or worsen,
envision your historic main square
where the tanks and rockets parade.
Hanging from the lamppost, a rose.

The second collection by Mark Fiddes is ‘Other Saints Are Available’ (Live Canon). He is a UK poet living in Brexile in the Middle East. He’s been winner of the Oxford Brookes International Poetry Competition and the Ruskin Prize and his work has recently been published in Poetry Review, Magma, London Magazine, The Irish Times, The Moth and The New European among others. 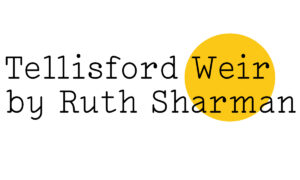