Jill Munro’s poem ‘I think you get it, John’ isn’t ‘tagged’ with a name so we don’t know who it is about but we do know it is about the loss of someone dear. In just twelve lines, Munro paints a picture of a whole life and makes a plea for remembering the person who lived it. We like the playful language — the repetition of ‘worn’ and ‘read’ and the neat inversion of ‘won’ to ‘now’ — and we also like the way the poem reminds us of the ending of Simon Armitage’s poem ‘November’ (“One thing we have to get, John, out of this life”) but most of all we like the tone of calm, clear authority with which the poem is written and the absolute commitment to poetry as a means to ensure that someone is never forgotten.

I think you get it, John

You seem to understand, John, what a poem means,
how it promises whatever has been cannot disappear

as if it had never been. A friend asked me to write
a Kenopsia, strange name, something once occupied, now empty

to sum up how we feel, the need to capture a thing
full of life now gone like a ticking watch no longer worn,

one short life has been, will not disappear
if it is held, however briefly, in a poem, John.

Jill Munro’s first collection was Man from La Paz, published 2015, Green Bottle Press. She won the Fair Acre Press Pamphlet Competition with The Quilted Multiverse (2016). She was awarded a Hawthornden Fellowship in 2018. Jill lives and works in the Ashdown Forest, E. Sussex. 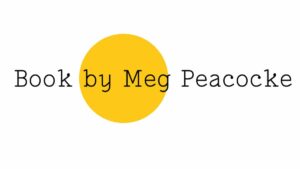