I don’t think Death has used a PlayStation before

It is a sweet idea: forge something from two unlikely ingredients – ingredients which, as the blurb runs, capture the popular imagination in different ways and with very different levels of penetration – and unearth the links that bind them. It is an ‘anthology of video game poetry’, rather than an anthology of poems about video games, and it lives up to its billing. Hit Points features concrete poetry, familiar symbols such as ← ↓ → and ↑, poems that require the reader to turn the page (imagine you’re holding a Dualshock 4 or Mega Drive Control Pad), and an 8-bit arcade typeface, though thankfully not too much of the latter. And, credit where it’s due, some of its forays into experimentalism hit the mark. Calum Rodger’s ‘Immortal Kombat XVIII’ repurposes Shakespeare’s 18th sonnet to pit the reader / gamer against ‘summer’s day’, and reads like a walkthrough; Jasmine Dreame Wagner’s ‘My Avatar’ contrives a strangely authoritative and sometimes haunting voice without reading, per se, like a poem.

Some of Hit Points’ poems fly dangerously close to opacity. Is it an issue if comprehension requires experience of the subject matter?

At the same time, many rely on unusualness of form, and seem to wield little besides. Whether by drifting into the form of a video game leader board (as in Maria Sledmere’s ‘99 Rare Candies’), striking through every third line (Sarah Cave’s ‘Encarta 95 and other animals’), or interspersing sequences of seemingly disconnected words and phrases with colour screenshots of videogame imagery (David Spittle’s ‘sleepwalk kid’), there are poems in this collection that alienate the reader. While it is indeed refreshingly post-modernist to couple video game culture with page poetry, it is a characteristic of modernist art to exclude those without niche understanding of its subject matter, in this case a particular cult classic in the world of video games. A lack of interest in poetry often stems from readers not knowing what they’re reading about, and / or feeling as if they have to decipher complex codes to be rewarded with meaning. ‘sleepwalk kid’ contains the following stanza:

Some of Hit Points’ poems fly dangerously close to opacity. Is it an issue if comprehension requires experience of the subject matter? What is the case for non-video game poetry? In my previous article in The Friday Poem about how the poetry of the 1918 Spanish flu compares with the poetry of the present Covid-19 pandemic, I wrote about the value of anchoring poetry in the universal, in parts of the human experience to which we can all relate. Direct descriptions of gameplay cinematics have a certain absurdist charm, as in ‘the policeman is performing squats on the pavement / the black dog glides’ (from ‘Paperboy’ by Luke Thompson). Video games manipulate the passage of time in a way that poems can too: ‘all iterations of at least creeping forward into oncoming traffic / same card sake kart same dog / running alongside all iterations’. Similarly, the anti-realism of a video game sounds pleasingly metaphorical to a non-gamer’s ear, as in Maria Sledmere’s recommendation to ‘Knuckle down / to the playable fact of the trees’. But to elicit an emotional response (beyond ‘oh, so that’s what they’re talking about’), which surely factors into the purpose of video game poetry as much as of non-video game poetry, requires more than that. It requires a human imprint – empathy.

In his introduction, editor Aaron Kent expresses a preference for consoles ‘with happiness and a softness built in mind’ and sings the praises of video games as tools ‘for bonding, for friendships, for connection’. His first contribution, and the opening poem of the anthology, constructs an eerie, computerised proto-reality in which the player-reader is

[…] in servitude to
a raccoon. Every sunset is pixel-heavy,
a facsimile of what you’ve missed since
the capillaries in your head leaked out.

‘B4 Neuro’ recognises the common responsibilities of game designers and poets – to build worlds – and the task of the reader – to believe in them: ‘The trick / is to pretend’. It accommodates both gamers and non-gamers by relating the in-game, in-poem world to the world the reader inhabits:

from the shop to the sea, you’ve filled
your house with furniture you neither
want nor need […]

There are other poets that dive unabashedly into gameplay, or the relationship between gameplay and gamer, without compromising on accessibility, narrative or a nostalgic hit. With a welcome reversion to the vernacular, the persona of Calum Rodger’s ‘To Be This Good at Nothing Takes Ages’ introduces the reader, literally and persistently, to Ryo Hazuki who, for those who don’t know, is the 18-year-old protagonist of Shenmue, a Sega series originally developed for Dreamcast, which is a console that first came out in 1998 in Japan. Ryo is, among other things, ‘rubbish at talking to girls’, ‘rubbish at achieving his goals’ and ‘rubbish at making money’. The plucky narration flits from first- to second- to third-person; it is dialogic and unpretentious; it empathises and self-deprecates.

Ryo Hazuki is rubbish at achieving his goals
ach you and me both pal
yes, it may be true that your every waking
thought is animated by the vengeance you
will one day wreak upon Lan Di, but
the heart wants what it wants

(Rodger is Scottish, hence the ‘ach’). The simple premise – mutuality between player and character – reduces the risk of the poem veering off course, or seeming untowardly grandiose. Another of the anthology’s 56 poems that achieves what it sets out to achieve is Liam Bates’ ‘The Night I Play Tekken 3 Against Death’, a prose poem that develops the idea that Death is not as formidable as one might expect: ‘I don’t think Death has used a PlayStation before’. Idea is key. Simplicity usually prevails. Another of Rodger’s poems, ‘Immortal Kombat XVIII’, mentioned above, dances in and out of Shakespeare ‘Sonnet 18’, setting up a battle between ‘thee’ and ‘summer’s day’. It blends the bard’s lexicon with instructions to tap various keys, including diagonal arrows. In doing so, it defies its form: how do you read an arrow that points down and to the left while sticking to iambs? You can’t. Yet it works, and ends with the couplet:

as sure as thumbs can press and eyes can see
doth these eternal lines FINISH THEE!

Comparably, James Roome’s only poem in the collection, titled ‘type:gomorrah’, lays the fabric of a video game over a familiar scaffold. Only this time it’s a biblical tale being told via SimCity 2000. Crucially, however, it uses the rules of the game’s universe to effectively set up and punctuate a narrative. At first, the narrator’s virtual city ‘was compared to the garden of eden’, but civil unrest leads to disquiet: ‘whole blocks / turned black overnight / fires in abandoned lots’. Rioting ensues, followed by ‘impenitent sin’ and ‘too much anal sex’. The mayor responds by ‘typing “flood” / building lots of churches’, in that instantaneous way allowed by virtual worlds. The populace responds by sneezing ‘without covering their mouths’, getting fat and ‘swallow[ing] slugs whole’, shooting down helicopters and stamping on the heads of infants. Chaos reigns, until the abrupt deployment of ‘[magiceraser]’, and suddenly, once again, ‘the plain was compared / to the garden of eden’. Order is restored, at least temporarily. The rules governing Roome’s narrative may be unreal, but they are made, to his credit, to serve the story.

The strongest of the bunch draw on in-game relationships, or relationships between players and games, or players and each other, and extract the universalities and nuances that bind us collectively as humans

Finally, a theme explored by Louise Goulding in ‘First Person’, Callan Waldron-Hall in ‘cable club’, and perhaps most deftly by Jessica Mookherjee in ‘When I Knew You Were a Real Boy’ (rotate book 90° anti-clockwise), is the role video games can play in facilitating human-to-human interaction, whether romantic or between siblings. In front of the Nintendo, sitting on the floor beside ‘Donna’s brother’s mate’, Goulding’s first-person narrator holds their breath and watches ‘your hands: long fingers, bitten nails’, and wonders,

as you found me, cornered, shot me in the dark,
if you heard the tremble in my let-out breath.

The social space constructed around the video game here becomes a site for amorous fascination. ‘Nintendo nights’ are a catalyst for discovery. Developing this theme, though not necessarily about a romantic connection, ‘cable club’ tells the story of two young individuals completing some sort of ‘very specific deal’, punctuated by pop-up messages indicating that various parts of the transaction have been completed. They sit,

some text from the poem is omitted here

in the same room but separate

In its ambiguity lies the suggestion of something more. The strange intimacies of gameplay form a template for future interactions, a precursor, possibly, to romantic love. They sit thus because it is ‘the only way for us / to make it work’; it is their ‘first attempt [at] exchanging parts of ourselves’; they ‘didn’t speak for a long time after’, ‘we were so young back then’. The experience joins them in the sense of ‘experiencing something’, learning what it means to ‘lean into someone else / to give and take’. The transactional nature of the baseline, gameplay narrative is overlaid with something nebulous, intimate and allusive, never quite spoken but fully felt.

Jessica Mookherjee’s ‘When I Knew You Were a Real Boy’ charts the course of a relationship from the point at which ‘the new shiny toy’ enters it. ‘We plugged it in, lit up, unplugged guitars, smeared lipstick on the back / of my hand to begin’ – but the suggestion in the opening words of the second stanza, ‘Act one was passed fast’, that the console had somehow accelerated the deterioration of the relationship, is later advanced, if not confirmed: ‘I thought it was a game. Started to laugh, that was a mistake’. In the end, they put it away, satisfied to retire the thing that had disturbed the equilibrium. Here, the notion that sites of gaming are necessarily fertile is disavowed. The game drives a wedge between them: “You looked at me as I yawned // […] and we looked / at each other and knew something I didn’t want to say.”

some text from the poem is omitted here

Aaron Kent’s introduction praises video games for their potential to connect people. He writes about the solace he and his wife achieved while playing Animal Crossing during the first national lockdown in the UK, and there are a number of poems in this anthology that celebrate the escapism offered by virtual worlds. Some dive headlong into a gamer’s lexicon, sometimes at the expense of comprehensibility and accessibility. But the strongest of the bunch draw on in-game relationships, or relationships between players and games, or players and each other, and extract the universalities and nuances that bind us collectively as humans. It’s a shame there aren’t more poems that manage to do this in Hit Points, but the best ones navigate the complex terrain of human relationships, touch gently on what it means to be human, and in doing so make good on the editors’ mission to marry the worlds of video games and poetry. 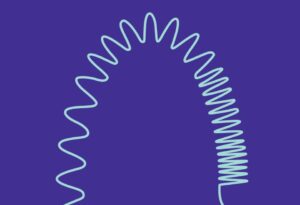