We chose Hotel Anonymous by Mike Barlow because we love the way it invites the reader in to a series of intimate spaces – the room next door, the attic bedroom, the teenager’s head. It’s a celebration of sound, from the oboe to the cistern to the traffic in the street and the bang of the door. And when the music stops, and we are back in the anonymous hotel room, in the city with all its freedoms, the poem makes a final jink which anchors us firmly in the real.

Someone in the room next door
is practising the oboe, those clear
woody notes going over and over
the same bars, never finding perfection,
never satisfied but reminding me
of one particular passage from Tchaikovsky
I recall first listening to in the attic
I shared as a teenager with the water tank
and its constantly dripping cistern
and where the dormer window let in
streetsounds from two storeys down,
while in my head this oboe passage
made me want the world to stop
so I could sit there forever.
But inevitably the strings and horns
returned, the symphony proceeded,
my attention frayed and wandered.

And now the musician has finished.
I imagine the instrument dismantled,
its reed fitted back in its case, the stem
and bell laid snugly in their velvet forms.
Soon a door will bang, musician
and oboe make their way down
to the street, hail a cab perhaps
and make it in time for the rehearsal,
leaving me up here with memory
and absence and the counterpoint
of traffic in the street below, the to-ing
and fro-ing of this city of ultimate freedom
where you can be whatever you want
among the passing languages, unmarked
crime scenes, random acts of charity,
no way to tell a local from a tourist,
musician from asylum seeker.

Mike Barlow‘s first collection, Living on the Difference (Smith|Doorstop 2004), won the Poetry Business Book and Pamphlet Competition and was shortlisted for the Jerwood Aldeburgh Prize for Best First Collection. He won the 2006 National Poetry Competition. Further publications include  Charmed Lives (Smith|Doorstop, 2012), Amicable Numbers (Templar, 2008), a Poetry Book Society Pamphlet Choice, and the pamphlet Some Kind of Ghost (New Walk Editions, 2018). Somnambulists, his fourth collection is due out from Pindrop Press in autumn 2021. He runs Wayleave Press, a small publisher, and is also a visual artist. Mike Barlow’s website is here. 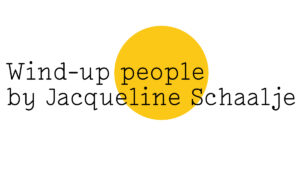