Earth Shattering ecopoems (Bloodaxe, 2007, edited by Neil Astley) ranges far and wide, from the wilderness poetry of ancient China to 21st-century native American poetry, with postcolonial and feminist perspectives represented by writers such as Derek Walcott, Ernesto Cardinal, Oodgeroo and Susan Griffin. The poems demonstrate the dangers and poverty of a world cut off from nature and ruled by technology, self-interest and economic power. Poetry may seem like a hopeless gesture, but its power lies in the effect each poem has on its readers. 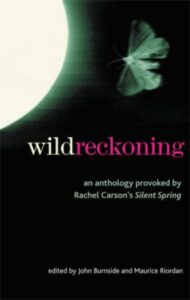