We chose ‘Double first, 1957’ by Beatrice Garland to be our Friday Poem this week because Garland builds a picture so precise and convincing, peopled with characters so perceptively observed and neatly described, that we are instantly swept up in her narrative. It is a poem which is both sharp and compassionate, with a thread of gentle humour throughout. And there’s that lovely last line which sends us back to the title, the double first. Beautifully done.

Judy in rose chiffon balancing
on four inch heels like blades
makes a late entrance
to the Dean’s sherry party
for the First Years in the College library —
and everyone stops talking.

The MG she arrived in can be heard
reversing and accelerating away
with raucous satisfaction.
She ducks her head, tilts it,
looks at the Dean from under her lashes.
The apology is unnecessary

for the Dean in lumpy tweed skirt and sensible shoes
is hurrying forward to put her at her ease
with a glass of warm white wine.
The rest of us – Clarks’ sandals
and cotton frocks – look at Judy
and long to be her friend.

Hello everyone! says Judy, generously.
Do you want to see my rock?
And she extends a pretty hand,
palm down, fingers extended like a dancer
and the large diamond she carries
on the fourth finger of her left hand

glitters magnificently.
Does this mean she’s had sex?
Long weekends in London
smoking Balkan Sobranie
have left delicate violet rings
round her eyes, but the air around Judy

shimmers faintly like a field in midsummer
and the Dean is basking in her gaze.
Being bad brilliantly
was not available
as an Honours degree
but we gave her
a congratulatory First.
She married a Lord.

Beatrice Garland read English at University and did very badly. She began writing poetry in the 1980s. She won the National Poetry Competition in 2001 and the Strokestown International Poetry Prize in 2002 and was short-listed for the inaugural Picador Poetry Prize. Her poem ‘Kamikaze‘ has been included in the GCSE syllabus for the past three years. She has had two collections published — The Invention of Fireworks (Templar, 2013) and The Drum (Templar, 2017) and is currently completing a third volume about the early days of immunology. 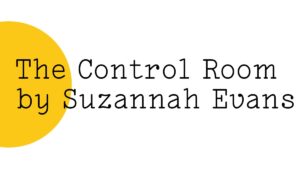