Something beginning with earth

I confess I found Desperate Fishwives an intellectual challenge. The block was its title. I could not fathom its significance. Is it just a play on ‘Desperate Housewives’? Or the unpleasant gossip of troublemakers? Or is it about the environmental state of marine life perhaps? After all, the collection is – in part – a commentary on the damage humans have caused to the natural world.

But there is praise, too, here, for art and creativity in poems about McDiarmid and Eardley, and for the wonder of birdlife – so many birds fly into Macgregor’s poems. The collection is a glorious cocktail of styles and influences ranging from John Clare to Emily Dickinson, with a touch of Thomas A Clark in the brevity and use of colour, an echo of Jen Hadfield in the focus on wild things, and a dash of Norman McCaig’s grounded no-nonsense eloquence.

In Desperate Fishwives Macgregor deploys her expertise and knowledge of deep time history, of the natural kingdom, and of artwork. She plays with language structures, and demonstrates her understanding of poetic form, using deft, agile and eloquent language. Sometimes rugged or acerbic, sometimes subtle and sculptural, her poetry expresses a range of moods. Landscape and a sense of its perilous state pervade the collection. The poems, diverse in form and content, are moody, contemplative and rooted in Shakespearean-style imagery. They confront the discomfort we humans have with the dark, the struggle to survive, and the spectre of blight and warnings. It’s a work of serious intent. I found it discombobulating.

As I read the collection for the first time, National Poetry Day approached with its theme of Environment. Desperate Fishwives inhabits and celebrates wildness and used powerful layering of language. Rannoch Moor, Flow Country, Catterline and Ben MacDui are all here, rich with the intimate detail of wildlife – the moth, the wren, the snow bunting, the hare, and all the plants which sustain them. The penguin gets a poem too. Thus Macgregor takes her place in the community of poets focussed on ecology, human interaction with the planet, and the impact of climate change. I am reminded of the spiritual nature of the writings of John Glenday, Kathleen Jamie and Joy Harjo. This book is a set of ceilidh dances whirling me around in its metaphors and under the spell of its surprising energetic shapes.

Macgregor takes her place in the community of poets focussed on ecology, human interaction with the planet, and the impact of climate change

I have chosen six poems which illustrate the acrobatic riddling nature of Macgregor’s mindset. She makes the reader work hard. So much meaning lies under the lines and there’s connective tissue between the poems all the way through.

First, the poem ‘cowbane, cowbane’, which possesses the shape and sound of a song, incorporating refrains. Its title is deceptive as it is not a pastoral piece but reads as a lament for “the wounded root of nature”. We are wrong-footed into thinking the flower may be “as pretty as a parasol” but anger and frustration take over by way of a “cataleptic shepherdess”. Macgregor plays with contradiction in “glabrous barbs”. The language is gothic in parts – “the chillèd heart”, “the twisted tongue”. There’s no mercy in the repeated “tra-lee tra-la” rhythm.

I was wrong-footed, too, by the title of ‘Caledonia’, also a modern folksong of homesickness for the land of birth. But there’s no nostalgia here. Macgregor’s ‘Caledonia’ is a poem of doom, fear, regret and extinction, with a Grimm’s fairytale tone. The narrator explores “whatever’s the matter with the deep, dark forest” and concludes that it’s us. We seek sanctuary in what was essential, and long for lost light of the past, but it’s too late. Macgregor’s play on legend and myth in “woodcutters, witches, wolves” is powerful. We’re holed up in a gingerbread house amid “the dread of outbreaks of weevils and blight” and we still “need sedation at night / in our featherless beds”.

In the poem ‘To remember requires a forgetting’ the narrator asks the reader to remember lost ways of life, such as shepherding, the physical experiences of this way of life – “the feel of the fleece” – and place names that are impossible to remember because they were abandoned a long time ago. I am reminded of ‘The Lost Words’ by Robert Macfarlane and Jackie Morris. Industrialization has led to children not knowing key nature-related vocabulary and have therefore lost touch with how previous generations went about within the natural world. This poem is about connecting. The forward slashes suggest the brain’s tension in trying to remember, and the panic as forgetting takes over. What we call ‘senior moments’ contaminate entire memory. The play on ‘fold’ is deft: “folded then folded and folded again in the bowl of your head”.

‘Field Day’ is an interesting conceit. It’s inspired by Glaz Serup’s work ‘The Field of the Mind.’ In Macgregor’s poem a field adopts a persona to contemplate its place in the world. There’s an appeal for slow living and a commentary on instant gratification and destruction of the land to serve commercial interests. Field wants to meet its maker. Gates are neglected. There’s barbed wire, grass, weeds and, in the middle of the field, a couple of rooks. Field is jealous of its neighbouring meadow, “where a scatter of nationally significant lithic artefacts / is yet to be revealed by a rabbit.” What is its purpose, field wonders, “as tomorrow’s YODEL van drives by”. It’s an intensely downbeat piece yielding not a lot of hope for our natural landscape, our food security and our habitats.

Macgregor writes eloquently and confidently, and with a mastery of complex juxtapositions, about our stress-tested planet

One of my favourites is ‘Rannoch,’ a beautiful poem which celebrates moor, moss, rushes and sphagnum. The white space on the page allows for breathing time, just as the moor might with its slow ancient pace, and the poem carries Emily Dickinson’s economy and invocation of life’s purpose. It’s spell binding. The final two prose sections remind me of Thomas A Clark’s work. They create a praise song for the key components of a moorland under threat. The dialogue and placing of repeated language have a dreamlike quality which is captivating.

In ‘Hill-life’ we meet the ghostly spectre of Mali McWatt wielding an axe and casting spells as folk plant their mealy potatoes, collect water and gather ewes “in the curd of the dark”. Soil and grandchildren “slip through the contours of centuries”. We are falling into deep time, “caught between texture and / form like the words between hillfort and / homestead and quarry inside the womb / of a medial ditch […]”. The poem flows in tight-knit lines. It’s about a slow-paced Buddhist-type lifestyle. We follow the land, and the creatures and plants which populate it, through the seasons, while witches sleep in their cottages, “lives perched on a spur like the bird / at the top of an alder, cawing the hill”. Yet, for all its strength and beauty, this land is under constant stress and danger. The final line? “Here come the hunters”.

Desperate Fishwives is a challenging collection which demands several readings to appreciate fully its depth and ingenuity. Macgregor writes eloquently and confidently, and with a mastery of complex juxtapositions, about our stress-tested planet. How do we hold on to the old ways of life which sustain humans and wildlife? Macgregor unsettles us with reasons to re-examine where we’re heading.

Maggie Mackay ‘s poetry has been published in many publications and anthologies. Her pamphlet The Heart of the Run was published by Picaroon Poetry in 2018 and her collection A West Coast Psalter by Kelsay Books in 2021. The Poetry Archive WordView 2020 awarded her poem ‘How to Distil a Guid Scotch Malt’ a place in the permanent collection. Her second collection, The Babel of Human Travel, was published in December 2022 by Impspired Press. She enjoys a whisky, a good jazz band, and daydreaming with her gorgeous rescue greyhound. 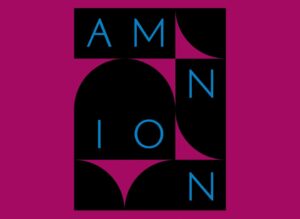