But what are these woods anyway?

Thinking among trees, thinking together with trees, using trees to think, thinking that has trees in it, trees as metaphor, trees on the brain, thoughts on paper … Allen-Paisant’s wonderful title draws the reader into Thinking with Trees, to walk his external and internal landscapes. At first in the opening poem, ‘Crossing the Threshold’, we could be walking anywhere. The picture comes into focus on the author’s original home ground, in rural Jamaica,

on a silent rive
through a hill

from all sides
through the woodland

Short lines and lack of punctuation enact the silence and singing; as well as standing for history, the bones evoke tree trunks in a dark wood. Then the landscape changes to another wood with white boys and pit bulls: “history keeps following me around”. But we are never quite sure where we are.

Many poems in the book shift as thinking does, upending our sense of place and mingling pasts and present

Many poems in the book shift as thinking does, upending our sense of place and mingling pasts and present. Wood and water meet in the human body, whose cells are so much more obviously perishable than the trees’. Allen-Paisant says in ‘Naming’, the book’s second poem, in which the speaker walks in an unfamiliar English forest:

The physical transformation, puffballs growing on bark, reflects a cultural, topographical one.

Thinking with Trees has a narrative arc – it reads like a walking diary, though not signposted as such or always in order through the seasons. The poems take us on walk after walk, with digressions into Jamaican childhood, Black walking, and slavery from Jamaica to Leeds where the author now lives. Like real life walks in the same place, each one is different, and the variations become addictive. Diary-like it’s hard to distinguish between the author and the speaker of his poetry, whose voice is intimate, insistent, close to our ear. Part of him is reluctant to be in “this land / of Karrimor jackets”. Again from ‘Naming’:

The urge I feel is
to give things names but

everything is already
named

The unfamiliarity brings out vivid description: “the gladiator knights / have turned to Cold War rockets” (from ‘Climb with More Singing’, set in spring).

Allen-Paisant contrasts Jamaican labour amid nature, “earth under fingernails”, with the strangeness of English leisure. “There’s … a way to hold a flower in your hand / now that I’m here in a park in England” (from ‘Walking with the Word Tree’). Creating a space, a normality for himself in this all-white countryside, where the appearance of a Black male is perceived as unusual and possibly threatening, is hard physically as well as psychologically. Other walkers’ dogs intuit something – his foreignness, his fear of them, their owners’ discomfort or fear of him – and besiege him. The walkers’ social awkwardness, lack of empathy, incompetence and assumptions about ownership of public space are (for this white reader) cringe-making. Allen-Paisant’s encounters with dogs are demeaning, and sometimes terrifying as in ‘But What Are These Woods Anyway?’

Allen-Paisant reminds us of the ancestral memory of slavery underlying his fear, “that knows the dog only / as an attacker / a marker of boundaries” (‘Masochism’). ‘On Property’ addresses the notorious real-life case of a white woman in the Central Park wood in New York, her dog off the lead where this is banned, claiming assault by a Black bird-watcher who asked her to leash the animal. This poem examines the psychology of both parties, deep-rooted in their respective histories, and their access to and ownership of outdoor spaces. “How ordinary for her / to destroy // this body”.

Creating a space, a normality for himself in this all-white countryside, where the appearance of a Black male is perceived as unusual and possibly threatening, is hard physically as well as psychologically

Such polemics-by-description are so powerful and emotionally involving that the more direct statements sometimes accompanying them can seem flat – a few poems might have benefited from being cut a little to give the reader’s response more room. The whole book – as is quite common with Carcanet – could have been shorter, though not to lose the cumulative, compelling effect of walk after walk and one case study after another.

Getting a laugh too out of unRomantic, dog-mad Englishness, Allen-Paisant asks in ‘Those Who Can Afford Time’

Who wanders
lonely as a cloud
with three golden retrievers?

The process of familiarisation is stressful; he persists because he is drawn by the beauty of the forest and wants, through his walking, to create a new reality. He takes his baby daughter into the forest despite the dogs, hoping she will grow up at ease with nature, and she loves it, is “in her element”. ‘Daffodils (Speculation on Future Blackness)’ is a manifesto for life and art, claiming the right to walk this landscape – and to write it:

It’s time to write about daffodils
again to hear

a different sound
from the word

in the hands of a black family
on a black walk

The walking and the writing become metaphors for each other. Towards the end of the book there’s a sense that Allen-Paisant now feels at ease in the forest. More things are named. The dogs recede, and in ‘A Tree and Two Humans’, when the speaker meets a friendly white couple the man greets him

Throughout, deep thinking with trees is beautifully, precisely expressed – the lines, mostly short with little or no punctuation, ramble with the walking mind. Plentiful white space feels like pauses to look long at something. There’s lots of assonance, and also contrasting sounds that work the mouth. ‘Listen’ begins:

In ‘Right Now I’m Standing’, the trunk of a fallen tree

surges out of death

The physicality of that description reappears in childhood memories: in ‘Climbing Trees’ “the thick muscular limb is a road / you hug   your back is a caterpillar’s”. Landscapes of Jamaica and the English forest sometimes elide. The second to last poem, ‘Cho-Cho Walks’, hints at a reconciliation between the speaker’s two lives, between past and present, ending:

Fiona Moore’s first collection The Distal Point (HappenStance, 2018) was shortlisted for the 2019 TS Eliot and Seamus Heaney Prizes and was a PBS Recommendation. She is on the editing board of Magma. 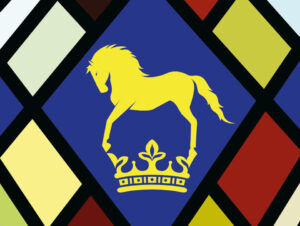