Bruno Cooke traces the development of Kae Tempest, from their first open mic night in Carnaby Street’s Deal Real to Paradise, their new version of Sophocles’ Philoctetes, now on at the National Theatre

Listening to Kae Tempest talk about the various processes that underpin what they do and why – writing and collaborating, developing texts and stories, working and reworking elements of character and narrative, picking themselves up after falling – one is struck by the sense of purpose. But the purpose that seems to drive them is not untowardly grandiose or highfalutin. They love to write. They love the truth and the intimacy of story, the essence of a person and of personal relationships. A year on since Kate became Kae, their trajectory remains unchanged, their progress unchecked. Although Tempest’s ‘career’ really took flight in 2012, with the launch of Brand New Ancients at the Battersea Arts Centre and the subsequent publication of their book of poetry and songs Everything Speaks in its Own Way, as with all things, it started much earlier.

Kae grew up in Brockley, south of the Thames, one of five children born to a labourer, who later put himself through law school, and a teacher. After leaving school at 16, they went to study music at the BRIT School in Croydon, potentially sharing corridors with the likes of Adele, Amy Winehouse, Jamie Woon and Kate Nash. Tempest is a performer, but talks about a youth spent not wanting to draw attention to themselves – spent, instead, writing. Then, encouraged to find their ‘thing’ one day by a percussionist friend, it clicked: ‘Maybe my thing is this writing that I do, that I don’t tell anyone that I do. Maybe my thing is this thing that I’ve always had.’ Soon afterwards, two friends took Kae to Deal Real, a hip hop record shop in Carnaby Street that, from 2002 until 2007, was a mecca for London’s hip hop scene. Deal Real’s open mic nights were fertile ground for UK hip hop, playing host to British rappers Skinnyman, Professor Green and Example, and later Kanye West, Mos Def, John Legend and GZA.

It was at Deal Real on a Friday night that Kae Tempest rapped out loud in front of an audience for the first time, standing on an upturned crate. ‘I looked like Harry Potter’, Kae told The Guardian in 2014, ‘in baggy clothes and duffel coat, all ginger hair and glasses.’ But, they continue, ‘I did my one little verse and the place just went nuts.’ A fascination with the mechanics of rhyme, combined with meticulous attention to detail and the feeling of transcendence experienced when performing, bounced Kae from venue to venue. Still too young to enter clubs and venues while gigs were on, they would wait until shows had ended and crowds had dispersed and then ‘rap [their] way in’. ‘It was like … I was so full. There was nothing else. I could see the art form and I needed to be close to it.’ One time, after attending a show in Paris, they rapped their way through the backstage corridors and into Method Man’s dressing room – somehow, nothing to lose – where they found him wearing a white fluffy robe, white sport socks and a platinum M medallion, ‘talking sexy’ to an entourage of French women. Two words into a 24-bar lyric and Kae found themselves being muscled out by security, blushing bright red, heart pounding – nothing lost.

Later, having left school with no A-levels, Kae attended evening courses at Goldsmiths for two years, in preparation for a BA in English Literature. These included a module in Greek mythology, which would come in handy further down the line. But the daytime setup was dispiriting, Kae told fellow writer-director Clint Dyer during a conversation for the National Theatre’s Life in Stages series of interviews. Classmates were lackadaisical, ‘too cool for school’; they laughed at Kae’s mispronounciation of Don Quixote, didn’t ask questions during seminars.

Every single person has a purpose in them burning.
Look again.
Allow yourself to see them.

Millions of characters
Each with their own epic narratives
Singing, ‘it’s hard to be an angel
Until you’ve been a demon’.

We are perfect because of our imperfections,
We must stay hopeful,
We must be patient;

When they excavate the modern day
They’ll find us,
The Brand New Ancients.

It was the daily practice that rubbed off: reading, writing, applying oneself for learning and understanding new ideas. And this they – thunderously – did. Kae’s bow grew many strings: Myspace-era musical group Sound of Rum; six poetry collections including Brand New Ancients which won a Ted Hughes Award for New Work in Poetry in 2013 when performed with orchestral backing; three plays, not including the upcoming Paradise; a novel, The Bricks That Built the Houses, which the Washington Independent Review of Books praised as ‘Joplin-esque’ and ‘unflinching’; and three albums, including Mercury-nominated Everybody Down which, thankfully, I saw performed in its entirety the day after its initial release, at Corsica Studios in Elephant & Castle.

See the kid with the memory he can’t shake
See the man with the lover on his mind
See the lady with the guilt and the heartache
See the woman trying to battle with time
See the man with the blood on his hands
See the girl with her hands on her hips
Everybody say nothing. Stay bland
If you don’t show it then it don’t exist

(from ‘The Beigeness’, on Everybody Down)

Separating Kae Tempest’s poetic work from the rest of their oeuvre – plays, spoken word performances, albums – presents obvious challenges. Brand New Ancients was as much a free verse epic as it is a collection of long poems; Let Them Eat Chaos (2016) was a live performance, an album and a book simultaneously. Kate Kellaway of The Guardian called Running Upon the Wires (2018) Tempest’s ‘most personal collection’, inviting readers to know the poet ‘offstage, in-the-wings, behind-the-scenes’. The collection marked a change of voice. Whereas its predecessors looked outwards, often seeing working class Londoners through an epic, mythological lens (Ancients being the exemplar), Wires is unabashedly intimate. It deals in love, its endings and beginnings, and focuses on the rawness of passion and grief. Wires takes its title from a line of ‘Araby’, a short story from James Joyce’s Dubliners, in which a young boy, fumbling his way towards adolescence and adulthood, fails to purchase a gift for a girl he likes. ‘My body was like a harp’, the narrator says, ‘and her words and gestures were like fingers running upon the wires.’ The collection, meanwhile, dwells in the aftermath of an ended relationship, before treading lightly into a new one.

Europe is lost, America lost, London lost
Still we are clamouring victory
All that is meaningless rules
We have learned nothing from history
The people are dead in their lifetimes
Dazed in the shine of the streets
But look how the traffic’s still moving
System’s too slick to stop working
Business is good, and there’s bands every night in the pubs

(from ‘Europe Is Lost’, on Let Them Eat Chaos)

Kae’s 2020 tour was cancelled, like so many others. The forced pause, however, was a boon. ‘I’ve had time to recalibrate, and now my creativity feels like it’s saying thank you, for me giving it a bit of attention.’ A book of poems in the making, a new album, and the upcoming Paradise are all fruits of a year spent not moving, taking stock, looking after number one. ‘I’m rewired, I’m ready. The sparks are flying again.’ 2020 also saw Kae come out as non-binary, as a ‘step towards knowing and respecting myself better’. As per Collins Dictionary, ‘Kae’ means ‘jay’ or ‘jackdaw’ which, they wrote to their Twitter followers in August last year, connote curiosity, adaptation and courage, or death and rebirth, respectively. ‘Ovid said the jackdaw brought the rain.’ Kae (the word) is also a transitive verb meaning ‘to invite’. Three months later, in November, Faber and Faber published Tempest’s first non-fiction book On Connection, in which the author explores the relationship between creativity and self-awareness. Kirkus called it a ‘lyrical, tender linguistic balm’; Waterstones said On Connection was ‘both a sonorous, powerful remedy and an urgent call for change’.

Next up is Paradise, a new version of Sophocles’ Philoctetes. Written during the Pelopennesian War (fought between Athens and Sparta, circa 431-404 BC), Philoctetes won first prize following its premiere at the City Dionysia in 409 BC. In its original form, Sophocles’ tragedy grapples with the potential irreconcilability of what is right for the individual versus what is right for the group. It is about a wounded man, the titular Philoctetes, tricked and twisted into fighting in the war by a teenage soldier. Neoptolemus finds himself torn between his desire to help a suffering man and his duty to the city-state’s army, which was on its last legs. It speaks to the ethical decisions facing individuals today, such as those surrounding vaccinations, mask-wearing and self-isolation; previously, educators have presented readings of Philoctetes to US Marines in order to assist in recovery from post-traumatic stress disorder. Billed as a ‘thrilling story of pride, glory and betrayal’, Paradise runs until 11 September at the National Theatre, with an all-female company.

In ‘the land where nobody gives a f**k’ – that’s Britain, per Tempest’s description in ‘Europe Is Lost’ – Kae Tempest may be one of the ones who gives the most

At time of writing, Kae Tempest’s following amounts to more than 70,000 followers on Twitter, even more on Instagram, and double that on Facebook. They have performed at every Glastonbury Festival since 2011; on KEXP, NPR and for BBC Newsnight; in venues from Auckland to Brooklyn to Calgary to Dublin. Unabashedly political, in 2017 alone Tempest released a poem about Brexit and Donald Trump, launched into the premiership of Theresa May, and brought a line-up of free performances and workshops to deprived areas as guest director of Brighton Festival. Two years later, they threw their weight behind Jeremy Corbyn’s bid to become prime minister, alongside the likes of Noam Chomsky, Mike Leigh, Mark Rylance and fellow poet Joelle Taylor. In ‘the land where nobody gives a f**k’ — that’s Britain, according to Tempest’s description in ‘Europe Is Lost’ – Kae Tempest may be one of the ones who gives the most. 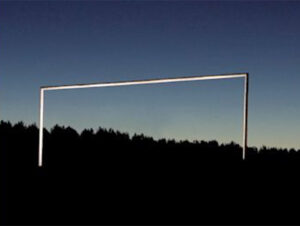 A good flow is like a fossil / it preserves the time