A spill of yew

My mother attended a convent school, under the ascetic guidance of a fleet of apparently humourless nuns, and recalls struggling silently (with one exception, for which she was beaten) with a series of apparent certainties she either found painfully absurd or painfully immoral, if not both. One of these is the subject of ‘A Footnote to Colossians’, the opening poem of this fourteen-poem sequence. ‘Let us remember / the stillborn’, it begins: ‘In school // we placed them, carefully, / in Limbo’. They are

boy I sometimes saw
in polaroids,

the one they said
was me.

Apostasy is the story of that boy’s anxious attempt to reconcile such inherited, Biblically-sanctioned certainties with a desire for a more accepting, less doctrinaire, perhaps even pagan spirituality. It charts a faltering if one-way journey from a received ‘belief’ in a Deus Absconditus, off the dual carriageway of the Via Negativa, and towards a pantheistic revelry in what is, not what might be or might one day be. In ‘Midnight Mass’, the third poem, that which indisputably is is enough:

I spent my last prayer
on a plaster

Virgin, paintwork
flaking on an upraised

in the creases
of her veil,

but nothing came to pass,
beyond the scent

and later, when we walked home
after Mass,

I asked the sky for nothing
save the blue

of daybreak, first sun,
magpies in the snow.

As the sequence progresses, he uneasily turns towards this alternative spirituality – uneasily, perhaps, because Catholicism is a worldview from which one can check out any time one likes, but can rarely leave. Apostasy, we should remember, is defection: a black hole from which no light can escape. To embrace any reward from apostasy, the ‘apostate’ must not see themselves as apostate, but as truth-seeker:

And yet, beyond the provinces
of guile, there is

not:
though not
the refuge I had wished for,

In the tenth poem, ‘Auto-da-fé’ – its title evoking the Spanish Inquisition, heresy – he imagines his doppelgänger, ‘my sinless other, bending / to the flame, // so pure and bright, / he almost pulls me in.’ Embracing an alternative, finding yourself (if yourself might be found) elsewhere, is a kind of grief. Poem XII, ‘Litha’ – the summer solstice – presents it as an inherent negative, an uncoupling, a kind of truancy, but also a conduit to an eternal truth, more eternal than any Christian conception:

In summer, it was harder to be churched;
the pagan gods were out, their sentries
drifting through the sunlit

chapel, pollen
scattered on the flagstones like some timeless
scripture from a world before the Word.

The poem ends with a sense of certainty – underscored through harsh interstanzaic enjambment – which renders again being ‘churched’ impossible: ‘No // Hereafter. Always now.’

… this is a tight sequence of poems with considerable heft and complexity, frequently both within and between themselves, and like all the more rewarding sequences is more than the sum of its individual parts

This poem’s natural evocations are reiterations of a leitmotif that acts as a yardstick against a changing conception of the world. In the second poem, ‘Nativity’, Burnside writes about “A spill of yew / like Christ’s blood / in the snow”. The pun and the weight given to it by the first line-break are as significant as the simile. The last poem, by contrast, ends with ‘sunlight dusting the pines’, in a world of apparent light and freedom. This is the title poem, ‘Apostasy’, which is really about shedding the notion of apostasy and embracing being a

An essay could be written on Burnside’s various masteries of line- and stanza-breaks in this pamphlet, the ways in which they reinforce or undermine, opening and closing the space between what is said and what is seen. Occasionally, though, I confess, he loses me in the quantum leaps between what he alludes to and what he presents. For example, I find little to connect ‘Sketch for a Stabat Mater’ with the ‘Stabat Mater’ itself, which depicts Mary during Christ’s crucifixion. Simultaneously, at other places in the sequence, I cannot help feeling that one simple point is being rammed home rather more frequently than I need it to be. ‘No God to speak of, there, beyond the glide / of something at the far end of the yard / that never came to pass’, he writes in poem VII, ‘The Heresy of the Free Spirit’; ‘No angel at the gate. / No guiding star’ he has professed in ‘Nativity’. Aching doubt that leads to apostasy is certain to be recursive, of course, but it makes for mildly grating simulacrum nonetheless.

Those minor caveats aside, this is a tight sequence of poems with considerable heft and complexity, frequently both within and between themselves, and like all the more rewarding sequences is more than the sum of its individual parts. This is Burnside at one version of his admirable, quietly provocative best.

Rory Waterman is the author of three collections from Carcanet: Tonight the Summer’s Over, which was a PBS Recommendation and was shortlisted for a Seamus Heaney Award; Sarajevo Roses, shortlisted for the Ledbury Forte Prize, and most recently Sweet Nothings. He is Associate Professor of Modern and Contemporary Literature at Nottingham Trent University, has written several books on modern and contemporary poetry, and co-edits New Walk Editions. Rory Waterman’s website is here. 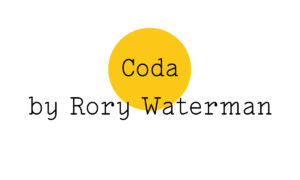