The making of a new crown

A good debut collection doesn’t — generally — emerge fully formed out of nowhere. A Little Resurrection is built on the solid foundations of two earlier pamphlets and throughout all three publications there’s a sense that Nwulu is writing carefully, thoughtfully and considering every stage, not just as each poem evolves but also what each poem brings as a contribution to the whole.

I don’t want to make this collection sound ponderous. Yes, it’s serious but it’s far more. The poems around her father’s death are tender and true; her political vision is acute; her insights into what it’s like being young and black at this point in the twenty-first century are glorious and celebratory. Her writing is packed with intellectual curiosity (the best kind). She can be wry and observational. So, a little background first.

Selina Nwulu was the Young Poet Laureate for London in 2015 at the time of her first pamphlet — The Secrets I let Slip (Burning Eye Books, 2015) — and her concerns are firmly established in those poems. She was born in Rotherham but her heritage is Igbo; she is as interested in the wider politics of this as much as in her own identity as an individual. Her vowels are Yorkshire so when she visits Lagos she’s laughed at because she struggles with the different sounds of Igbo. This hurts and entertains in equal measure—she’s good at watching herself while describing the reactions of others — but it makes an important point: what you see (skin colour) and hear (accent) might not match your assumptions.

The poems around her father’s death are tender and true; her political vision is acute; her insights into what it’s like being young and black at this point in the twenty-first century are glorious and celebratory

Some of these earlier poems — with small revisions because a thoughtful poet is never quite satisfied — re-appear in her second pamphlet, Keep the Bodies Buried (Akashic Books, 2021). Her concern for languages and the recognition of where languages fail to connect becomes evident. For her, this is more than the interface between basic communication in English and Igbo, it’s also about how she uses English to consider her identity. That weasel word ‘identity’ is almost a cliché with some poets: not here. Nwulu thinks about it: she sees inside it as well as how it is perceived by others.

Her parents, and the death of her father, are woven through these poems. ‘Half-written love letter’ opens lyrically, almost conversationally:

My parents came here after hearing the seas
of the British Isles, as if they put their ears
to its shell and the waves threw themselves tipsy
against conch, willing them to come over.

Those gentle seas, that magical message: it doesn’t last.

We learnt this country fiercely,
my father felt its knuckles crush his jaw,
my mother delivered its children.

The words “go home” become a “neighbourhood war cry”, despite home being Rotherham, and “we have built here, loved here, died here.” It’s her father’s death and the pain of grief that provide a framework for the collection in two sets of linked poems: ‘Conversations at the bus stop’ (three prose poems) and ‘Repatriation’ (four short poems). These are spread through the collection, much as loss spreads inescapably into every part of daily life. In the first (’Angel’) she’s “… watching him fade like an Etch A Sketch”, knowing how she too is diminishing. In ‘Pie and Mash’ she takes us into his hospital ward where, while he dies, other patients are watching Countdown and doing crosswords, and his pre-ordered supper arrives. In ‘Pink Furry Slippers’ (the third poem) her situation is both comic and painful, a recognisable clash that few poets tackle. The slippers are “A joke gift, the kind you should probably grow out of before too long; obscene tufts of shaggy fuchsia, shocked and standing to attention, four claws on each foot, outstretched and jester-like. Very comfortable though.” When an emergency sends you rushing home you wear what’s around from your past, whatever visitors and the vicar think. They even join in the conversation, cackling and heckling at the wake: “Do you think flowers are going to stop anyone from dying alone, babes?”

Those incongruous slippers revive more memories of family deaths than any poems written with pious decorum.

Three of the ‘Repatriation’ poems are political — Jimmy Aldaoud (deported from the US to Iraq, despite no Iraqi connections); the thirty-nine Vietnamese frozen to death in a lorry in Essex; the Windrush deportations. The fourth is personal, about her father, his body returning to Nigeria for burial. Nwulu’s simple and direct language confronts his death with dignity and conveys a sense of finality, of the way burial brings some closure and peace:

Seeing his coffin gives permission
to witness his life whole and I can see
the boy in the man. A different
pain, to understand a parent
fallible and afraid, just like you.

This is the penultimate poem, the heart of the collection. Around it, inseparable, is Nwulu’s engagement with the push and pressures of society, not just in Britain but in Nigeria. There’s sexual relationship, as in ‘Softboi Columbus’:

Last thing at night, with his hands
around your throat, he remembers his lineage
and you his dark continent all along,
waiting to be tamed. He calls you brown sugar,
wants you, his Nubian queen

The violence is chilling: racial, sexual and political oppression are present everywhere, as are their effects. Nwulu’s mother knew the Biafra war. In ‘Safekeeping’:

My mother has passed on her war.
Her memories have run their nails
through my insides. That I might know
I come from a lineage of long prayer
and fears I have no weapons for.

That word, ‘lineage’, cropping up again. It’s complicated, though. Nwulu’s blood is Igbo but her childhood in Rotherham gives her a different context. She can’t pronounce the name of an Igbo man who calls on the phone; “guilt spread like a thickening bruise” and leads to her questions:

How many parents discover the pain
of raising foreigners who do not belong to them?

Is there a trip back home long enough?

— from ‘The Blood and the Water’

Nwulu shares her questions about herself. For me, this broadens the collection beyond specific ‘issues’, important as those are. It’s this openness, this sharing of her fears, her anger, her carefully-chosen language to reach beyond herself, to link to readers who may have a different skin colour but who are still grappling with lineage and identity — plus her close attention to the voice of each poem that makes it such a compelling collection. She asks ‘How to speak to God’; she has to negotiate the complexities of private grief and public anger.

That weasel word ‘identity’ is almost a cliché with some poets: not here. Nwulu thinks about it: she sees inside it as well as how it is perceived by others

The title poem, ‘A Little Resurrection’, is both celebratory and mindful of “the unspoken kinship of the not-quite-safe-on-this-island” shared with the women who plait her hair. Esther, Amina, Barbara — all their warmth and local gossip, their skill with hot irons and creams, sings in this poem:

[ … ]           Let them orbit the globe of your scalp
as they tug through knots with a with tooth and braid
the weight of their histories into your hair,
leaving you with a pinched halo of pain.

That pain is part of the whole, which is much more than a quest for a temporary appearance, a new surface.

Call this a little resurrection, the making of a new crown,
a few hours to look in the mirror and be beautiful.

Bodies, their desires and what they tell of us, thread through the collection, too. As does, love: the final poem is — to my delight — a love poem. It’s a fitting conclusion to a beautifully structured collection. Do I have to spell out, again, how much I admire this book? 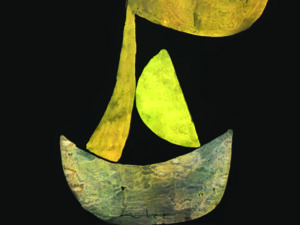